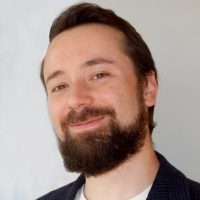 Adrien is a French teacher living in Grenoble. Before ending up in this beautiful region, he lived in Japan, Australia and in different parts of France. Doing so, he experienced a variety of jobs, from a waiter in Kyōto to a crepe maker in Brest, before finding his true vocation: teaching French. After getting his Master’s degree in French as a Second Language, he mainly taught in Grenoble. He’s passionate about languages, fantasy books, music, and games in general. His genuine interest in people encourages his students to share openly in class and practise the language in a laid-back atmosphere. Recently, he has been working on a website for French students to practice and learn by themselves.