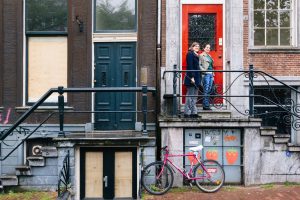 Long story short: Claire arrived to the Netherlands in 2011. Céline followed in 2014.
They have both worked in a lot of different schools, institutes and companies, both in the Netherlands and abroad. They are true professionals, passionate and creative.

One day, they both realised that they wanted to offer more to people who want to learn French in Amsterdam.
So they created their own little companies: in 2015 Claire founded En français while Céline founded École Dandoy. And quite soon, those two little French language schools started growing bigger and bigger…
The two ex-colleagues share a lot of value 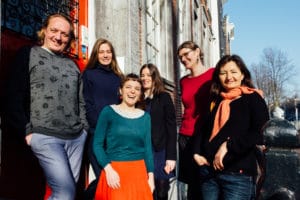 s and are good friends to boot, so they have been talking about starting something bigger together for a long time. In May 2016, they felt that it was time to take the next big step: they found a place in the center of the city and started working 70 hours a week in order to be ready for the summer season. And that’s how L’école de français was born.
And it’s only getting started!